O'Brien Icehouse in Melbourne hosted 647 skaters across 44 different teams from all across Australia and New Zealand for the Australian Figure Skating Championships. Team Unity reclaimed victory in the Senior division for the third year in a row, while Iceskateers Elite and Iceskateers stood on top of the podium for Junior and Advanced Novice for their second consecutive years respectively.


Senior: Team Unity will represent Australia at Worlds 2020
In the senior division, Team Unity gave the audience an energetic and explosive short program to Queen's hit song "Don't Stop Me Now" that entertained both the crowd and the judges. High technical levels in both the Pivoting Block and No-Hold Element led to their 10-point lead over the rest of the competition heading into the free program. Despite a few errors, the emotional journey of their free program to the soundtrack from the film "Mary, Queen of Scots" coupled with clean intersections and artistic lifts at the end of the program ultimately secured their victory, increasing their lead by another 4 points.

Ice Storm finished second after the short program with one minor error in the pivoting block doing little to detract from their performance to "Lions Inside" by Valley of Wolves. Their travelling circles were fast and interlocked seamlessly as they travelled down the ice. Ice Storm didn't let the large point difference intimidate them as they took to the ice on Sunday for their free program, skating to a Queen medley, and delivered a performance of a lifetime that had the crowds clapping and cheering with them every step of the way. Unfortunately, they were unable to make up the point difference and were awarded silver.

Nova also had an error in their Pivoting Block at the beginning of their short program to the same Queen song as Team Unity, but quickly recovered and delivered a strong second half of the program. On Sunday morning in official practice, Nova had some difficulties, so skaters from all teams joined in cheering them and the team placed third. This was Infusion's first nationals after their hiatus from the senior division and while they placed 4th, they showed remarkable growth and improvement since the start of the season and we look forward to seeing them develop in the coming years.
Some great performances in the Junior division

Spiralling into our first training session in Melbourne like...

Iceskateers Elite pulled ahead in their "Riverdance" short program with clean, lined-up elements and a generous dose of inspired choreography. Their free program to a Cher medley was received well by the audience and judges, highlighted by a clean Moves Element with beautiful spirals to secure their victory.

Majestic Ice's "Aladdin" short program was fun and upbeat, accented by great performance and facial expressions of the skaters. This energy was similarly mirrored in their free skate to the soundtrack from the iconic Australian movie "Priscilla, Queen of the Desert", which showcased dazzling disco-ball dresses and energetic dance-breaks. Despite receiving a Level 4 in the No-Hold Element, Majestic Ice was not able to make up the point difference and had to settle for second place.

Adelaide Ice Magic took the bronze medal, which is an outstanding achievement for a newly-formed junior team in their debut year of competition. Despite some technical issues, both of their programs were clean and entertaining.

A special mention to Eclipse for a great skate at their debut national championships in Junior as well. They put up an admirable fight and coped well with the transition from Mixed Age's one program to Junior's short program and free skate.

Majestic Ice Advanced Novice showcase their creative transitions (Credits: Steve Aird)
Iceskateers bright and bubbly "Mary Poppins" program captured the crowd's attention right from the start. They demonstrated their technical skills with an angled intersection and had a very lively travelling circle. These, along with higher program components, differentiated them by 3 points from the next team and placed first.

Majestic Ice showcased some unique and creative choreography in their "Spice Girls" medley program, attempting difficult, intersecting transitions and angled intersections. While they showed a great program that had the audience dancing along with them, some minor fumbles gave Iceskateers the edge in program components and GoEs which ultimately left them in second.

Southern Sky fought hard after narrowly missing the podium last year and all their work paid off with a clean skate that earned them the long-awaited podium finish.

Majestic Ice claimed the gold and silver in Basic Novice

Majestic Ice Sapphires' starting pose (Credits: Steve Aird)
Majestic Ice dominated the Basic Novice division, taking both gold and silver for the Sapphires and Rubies respectively. The Rubies skated first and earned lots of new adoring fans with their cute choreography to the music from "Chitty Chitty Bang Bang". However, it was the speed and sharpness of the Sapphires "Happy Feet 2" program that secured their win, complete with strong facial expressions and good skating skills.

Adelaide Ice Magic rounded off the podium in third place, with Southern Sky trailing behind by only 1 point. Both teams skated well and the difference came down to the interpretation and performance marks in the end. The rest of the Basic Novice competition was very tight, with 6 teams all scoring within 5 points of each other.

Black Ice came all the way from New Zealand to clinch victory in Mixed Age. They have been training hard all year, getting senior skaters from Australia to fly over and help their team improve throughout the year and their results speak for themselves. Despite significant errors in their No-Hold Element, they managed to still scrape in ahead of Adelaide Ice Magic, who had great energy and performance but missed some technical calls.

Southern Sky Hills came in third by less than 2 points among tough competition from the rest of the field.

What you must remember:
Team Unity will represent Australia at the 2020 World Synchronised Skating Championships in Lake Placid, USA in April.

Iceskateers Elite will compete for Australia at the 2020 World Junior Synchronised Figure Skating Championships in Nottingham, UK in March.

Andrea Nesbitt: "If we can get through this season, we can conquer any obstacle" 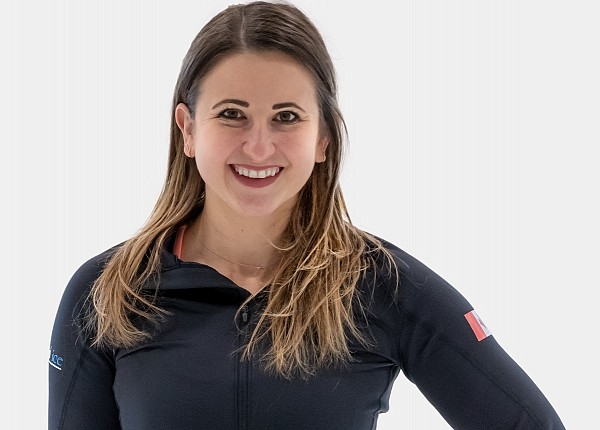