This past weekend, the 22nd Annual of the Dr. Porter Classic Synchronized Skating competition took place this weekend. For many skaters, Porter is their favorite competition and one they look forward to the whole year. Porter is also looked at as a mini nationals where teams not only from the Midwest are there, but the East and Pacific coast teams.

In the Novice division, Teams Elite, out of a suburb of Chicago, swept the podium earning a 67.72. A few points behind them was the Skyliners earning a 65.96. Starlights took the bronze with a 63.00. The team to finish fourth and just less than 8 points behind earning a 55.30 was the Dazzlers. 11 teams competed in this division.

A huge congratulations to our Novice girls for taking home the gold this weekend!! Great job to all the competitors, everyone was amazing! Intermediate and Juvenile compete today🏆🏆


In the Intermediate event, the 24 participating teams were split into two groups. Skyliners of New York won the Group A competition with 59 points and Capital Ice Chips did the best score in the Group B (56.56 points). Team Elite and Starlights from Skokie Valley SC earned the silver medals, the Californian Team del Sol and Ice Diamonds took the bronze of these amazing competitions.


University of Michigan SST did the strongest performance in the Collegiate division with a total of 82.58 points. Miami University Collegiate Varsity finished 2nd, less than 1 point behind and skaters from Delaware were 3rd with 65.84 points. Seven teams competed in this field.

The Juvenile title went to Starlights who presented a strong performance that brought them 45.50 points. Teams Elite won another silver medal in this category (44.35 points) and the young Crystallettes from Dearborn took the bronze.


By the Adults, the victory went to DC EDGE from Washington (49.58 points). Team Delaware and Starlights completed the podium.

The gold for Skyliners teams

One of the most exciting events to watch were definitively the Junior and the Senior divisions.

Skyliners, the 2017 National champions, continued to reign on the Junior category. After their victory at the Anaheim Classic in early November, the team won the division with 156.02 points. More than 24 points behind, Starlights took the silver medal. They improved their rankings because they were 4th last year. At the 3rd place, Chicago Jazz who claimed first place at Kalamazoo. They earned a total of 129.42 points. DC EDGE and Northernettes were new in this category this season. A total of 9 teams were skating in this division.

We had a successful weekend at the Dr. Porter Synchronized Skating Classic and were able to claim the junior title for the 4th year in a row🏆


In the Senior’s field, the victory went also in Skyliners from New York. This team, who placed 3rd last season in this competition, did 163.88 points for their 2 programs. Miami University kept their 2nd place with 157.06 points and Adrian College finished 3rd (147.60 points). This is a deception of Crystallettes Senior, the winner of the 2016 Porter Classic, who placed at the fourth position with 147.38 points. They missed the podium for less than 0,3 points. California Gold took the 5th place in this competition with 107.50 points.

“It is the whole process of reaching for a goal...”• Big things happening in the next six weeks! Next stop: Switzerland ❤️💪🏼 #Crystallettes #WeBelieve #RoundTwo


All results and details 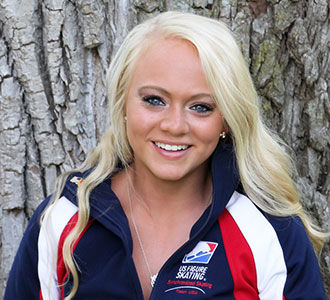