Helsinki Rockettes kept the leading position in Seniors on Sunday and was the winner of those second Finnish qualifications, by earning 215.46 total scores. In the Juniors, Team Mystique won the thrilling competition with 115.75 points. Finettes got the gold medal in the Novice category with 82.41 points.

Helsinki Rockettes took the gold medal with a total score of 215.46, although they didn’t reach their best in the free program. They didn’t get one of their group lifts up and gathered 136.12 points, placing second with the free program. Despite one clear mistake, the team skated very strongly and skillfully the rest of their touching program “Wounded Angel”.

Team Unique won the free skating earning 139.19 points but placed second in total scores of 212.47. They skated their program “Betrayed” faultless and powerfully in their black and red dresses. The program was captivating wholeness with a lot of interesting details.

The third was Marigold IceUnity with a total score of 192.89 points. They had three unfortunate falls in the program “Tribute to Notre Dame” and they got only 125.70 points from that. However, the performance was really emotionally charged and impressively interpreted.

Lumineers were the fourth earning 113.98 from the free program “Swipe right” and their total score was 174.22. They had bad luck when one of their group lifts didn’t make it up and, at the end of the program, there was also a fall in a pair lift.

Team Mystique kept their first place and took gold medal earning 115.75 from the free program “Tique Tock”. Their total score was 181.86. The performance was really sharp and strong wholeness.

The second place went to Musketeers. They got 114.07 points from their “Metamorphosis” themed free program earning a total score of 179.88. The team skated confidently and it was clear that they have improved a lot their performance from the first qualifications.

Not far behind the second place, Team Fintastic got the bronze medal earning 113.95 points from the free program and a total score of 179.44. They skated the program “Anesthesia” very strongly, but didn’t reach all the technical levels. However, their component score was the best in the free program.

Team Mystique skated its "Tique Tock" program and won the gold medal. (Credits: Ville Vairinen - 2019)
Finettes first in the Novice category
The second section of Novice teams competed on Sunday. Finettes took the gold medal with 82.41 points. Their program “The Invisible Guardian” was beautifully performed although they had a fall.

The second was Starlights earning 73.09 points. The team had two unfortunate falls in the program with the theme “Are we losing the glaciers?”.

"The Invisible Guardian" by the Novice team Finettes. (Credits: Ville Vairinen - 2019)
Finnish teams already competed in two qualification events. They will now be heading to international competitions before coming back to Finland for the Nationals in the beginning of February. This competition will a very important event to follow carefully on Jura Synchro! 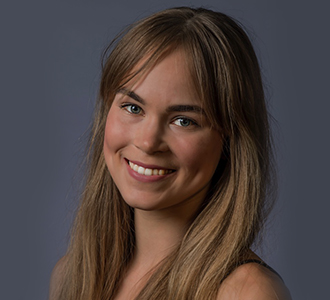