Last weekend, skaters from all over Spain gathered in Jaca to participate in the 2021 Spanish National Championships.

The exciting event welcomed skaters across all disciplines, including singles, dance, pairs, and synchronized skating. However, the competition was especially meaningful for synchro teams, as they were not able to compete in the National Championships last year due to Covid restrictions.

It was also the first competition since the pandemic started that took place outside of Madrid, where all three participating teams train.

In the Senior division, Team Fusion scored 30.42 points with their emotional short program to the song ‘Dream On’ by Aerosmith. “The song talks about how time flies and the melancholy of the past, so we try to portray all the pain and happiness that comes with it” said Team Fusion.

Team Fusion (Senior) skated a stronger program than the night before. The team said, “after the short program, we were happy but knew we could have done much better. However, after the free skate, we know we still have a lot to work on, but we felt much happier than the night before, more confident, and more united”. Their Flamenco program achieved a personal best score of 84.25, for a total score of 114.67.

Team Mirum (junior) scored 57.58 points (total score: 80.48) with a program that told a story about souls. “The story of our program shows our feelings after the loss of a good friend. At first, we are very sad but then we start gathering strength and courage to honor our friend” said Team Mirum. The team was happy with their performance, saying “we have things to improve but it was a great start to our season, and we’re looking forward to competing again and improving our personal marks”.

Team Shooting Stars performs their free skate (Credits: Team Shooting Stars - 2021)
“It was just what we needed”
After a year of cancelled or virtual competitions, teams were very excited to perform their programs to a live audience and panel of judges. “It was very exciting to show everything we have been working on this season. This experience has given us a lot of motivation and excitement, it’s been great to show our programs” said Team Mirum.

Competing at the National Championships was also a very motivating experience that will help teams going forward in the season. “It was just what we needed. It’s been some very difficult seasons with Covid and cancelled competitions. This was our first competition in which we’ve travelled as a team so it has united us and made us feel the excitement of improving” said Team Fusion. 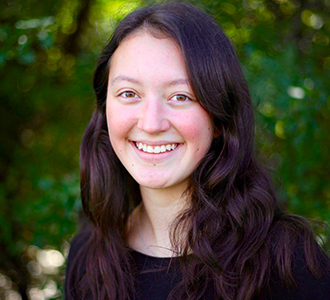 I first discovered synchro when I started studying at the University of Michigan and learned about their synchro team. I skated with the University of Michigan’s collegiate team for five years, while I completed my Bachelor’s and Master’s degrees in psychology and neuroscience. I recently finished my studies and moved to Madrid, and I’m now skating with Team Fusion. I’m really excited to join Jura Synchro as a correspondent, and explore new ways to be involved in this amazing sport.

He has participated in all World Synchro Championships