As the United States learns how to work through the COVID-19 pandemic, rinks have slowly been able to reopen, allowing teams to begin their training. However, training looks much different with strict regulations and an increased focus on skaters’ mental wellbeing.

Slowly Getting Back on the Ice
On the East Coast, DC EDGE junior has been able to start practicing, but not as they did before. They started virtually with Zoom practice for mental and physical training as a team. Recently, rinks have reopened and practices have begun in-person with strict mask use, no spectators, water bottles spaced apart, and no connected skating.

Even though no connected skating makes choreographing difficult, skater Evie Gallien said, “We are still moving forward and doing our best two create two strong programs, that way we’ll be ready as soon as we are given the go ahead for competition season.”

Working with Hockettes junior this season, Lindsay Grajek listed very similar practice regulations to DC EDGE. Workouts were conducted over Zoom until the team could meet for practice at a rink far from home.

With rinks in Michigan being some of the latest to reopen, the team has been traveling all the way to Ohio, leaving some skating families to travel up to two hours for practice.

Grajek said, “As a junior team it is imperative to thank our parents as well, since most of our skaters cannot drive themselves such a long way. Many parents bring their work with them while the skaters practice.”

As for the West Coast, practice is slowly starting to return to normal. Alexandria Wright of California Gold senior wrote that while practices started with no connected skating and tons of skills work, they have now begun to choreograph with masks and frequent hand-sanitizing.

She admitted that though they are in normal full training mode, they are not without some difficulty: “The main difficulties with practices are not being able to hear the coaching because our coaching staff keeps a mask on at all times when on the ice and now that we have started programs, stamina.”

Mental Toughness in the Face of the Pandemic
In order to work through the pandemic, these teams have not forgotten the importance of mental health.

For California Gold, coming together as a team has been a source of positivity as each individual works through their own hardships. Each skater is learning to be more empathetic and understanding of any situation their teammate may be facing.

She admitted, “I would say [no] we haven’t increased our mental training per say but I do feel that there is a collective awareness of the situation our country is in and because of that we reach out to our teammates more to make sure everyone is okay.”

Gallien stated that her team has maintained a monthly mental training meeting to work through issues they face as athletes. This includes competition anxiety, goal setting, and staying focused in training.

Her team has maintained a similar awareness of the world to California Gold and incorporated this into their mental training. They have discussed what the season could like in the best and worst scenarios in order to prepare.

“We will continue to set goals and move forward with our season, this way, if the opportunity arises, we can have a season while keeping athletes, officials, and coaches safe.”

Grajek has her skaters looking forward through similar difficulties by using the power of “Yet.” They believe that while something may not be possible right now, through hard work and training, anything is possible.

Lessons Learned Through the Pandemic
Through working as a team and continuing to focus on mental health, skaters and coaches alike have found that valuable lessons and positive experiences can come out these uncertain times.

Wright, Grajek, and Gallien have witnessed the power of gratitude and being thankful for everything that they have.  Wright understands that, “We have definitely realized that we are a lot more lucky than the other teams as some teams don’t even have ice yet.”

Grajek has seen firsthand that this gratitude is pushing her skaters to keep training hard and look forward to whatever the season may bring. “I believe that some time away from the ice has given my skaters a deep appreciation for skating,” she wrote. “We have already finished both programs despite starting our on-ice three months later than planned. It is clear that the skaters do not take a single moment on the ice for granted.”

After a strong showing at the U.S. Synchronized Skating Championships, Hockettes will be taking this fury into the new season.

As for Gallien, she has chosen this time to reflect on what she loves most about skating and appreciating the amazing experiences synchronized skating has given her and her teammates.

“While being off the ice during quarantine when the rinks were closed, it taught me not to take traveling with your best friends around the world or those early mornings or late night practices for granted because you never know what can happen in life.” 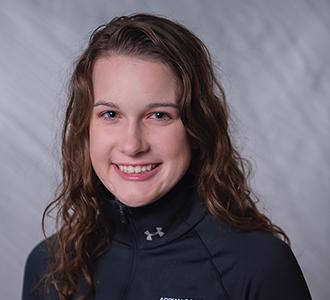 Hi! My name is Emily German and I skate for Adrian College’s Varsity Synchronized Skating Team. I am also currently on Adrian College’s Figure Skating Team. Before going to college, I skated for the Sparklers, Capitol Steps, and Team Delaware. When I am not on the ice, I love working out, baking, shopping, writing, and spending time with my teammates. I am so excited to be a part of Jura Synchro! 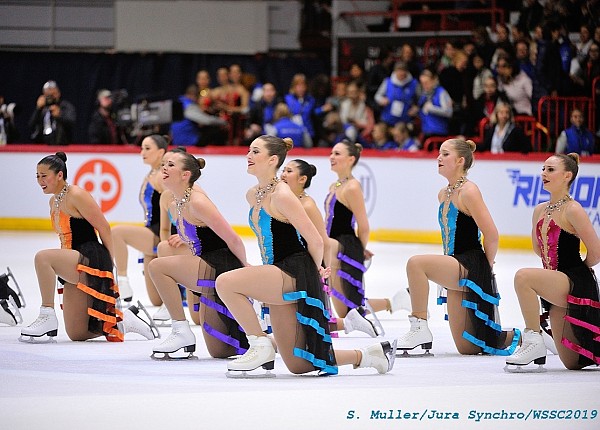