ISU
Did you know? 40 seconds of inactivity on the ice and your team will be withdrawn

The International Skating Union (ISU) has released its new Synchronized Skating Referees Handbook. This guide for all referees of our sport under the ISU Judging System gives us a lot of precious information.

In synchronized skating, a Referee plays a major role in development of the sport by accomplishing through effective leadership and management of competitions, verifying technical info and having an important coordination role.

Remember the ISU divisions
To begin, let’s review how a team is defined. In all international synchronized skating competitions, the 2020 Handbook reminds us that a team must consist may include both ladies and men who perform "as one unit".

In the Senior ISU division, a team shall consist of sixteen skaters who have reached at least the age of fifteen before July 1 preceding the championships or competition and a maximum number of four alternate skaters.

For the Junior ISU: a team shall also consist of sixteen skaters. All of them must have reached at least the age of thirteen but not the age of nineteen (19) before July 1 preceding the event. A team can have a maximum number of four alternate skaters.

In the Advanced Novice category, a team shall consist of sixteen skaters who have reached at least the age of ten, but not the age of fifteen before July 1 before the competition.

Basic Novice A and Basic Novice B: the skaters must have reached at least the age of ten years but not the age of fifteen before July 1 preceding the competition. At the National level, ISU Members may permit a different team composition.

But the main difference between these two divisions is the number of skaters. Basic Novice A shall consist of twelve skaters and Basic Novice B must have a minimum of sixteen skaters

For these divisions, each team may have up to a maximum of four alternates listed as such on the team roster.

Exceptions for next season
In the Handbook for Referees, the ISU reminds also that exceptionally, for the 2020/21 season only in synchronized skating, the Novice and Junior upper age limits will be extended by one year. Teams opting for such extension must send a corresponding request to the Chair of the respective ISU Technical Committee in order to obtain a certificate confirming the exception for the Team concerned.

Team Jeanne d'Arc - France. (Credits: S.J.Photos -  2020)
A fall or an interruption?
The Handbook also defines exactly what is a fall and what is an interruption in synchronized skating.

"A fall is defined as loss of control by a skater with the result that the majority of his/her own body weight is on the ice supported by any other part of the body other than the blades e.g. hand(s), knee(s), back, buttock(s) or any part of the arm. For every fall there shall be a deduction (see Rule 843, para 1.n))."

Medical emergencies on the ice
If a serious accident occurs to a skater during the performance, the Referee must stop the competition program. If there is blood on the ice, the decision of action should be communicated between the Referee, Referee’s Assistant Ice, and the coach and team leader. (Communication No. 2267).

In case of a serious skater's accident, there is no complete restart of the program. After the Referee's verification, and also after the skater's substitution, the team must continue from the point of interruption.

Many rules govern our sport throughout the season, the summer is a good time to remember the basic principles.

All information about music deficiencies and official practices procedures. 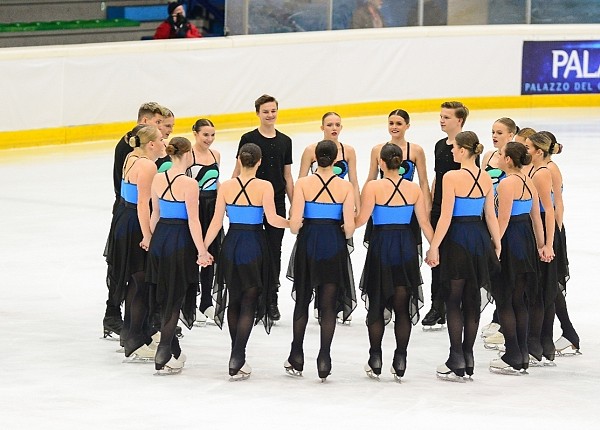 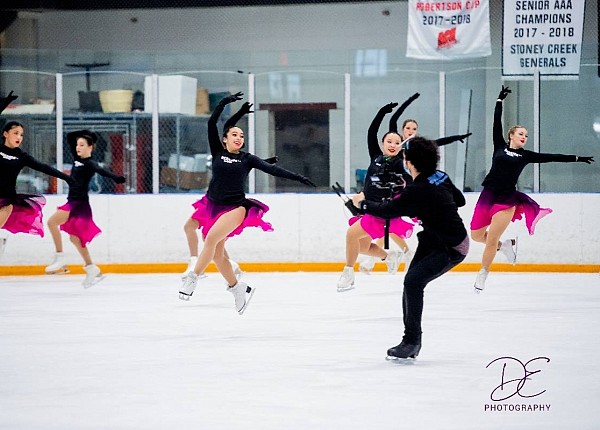 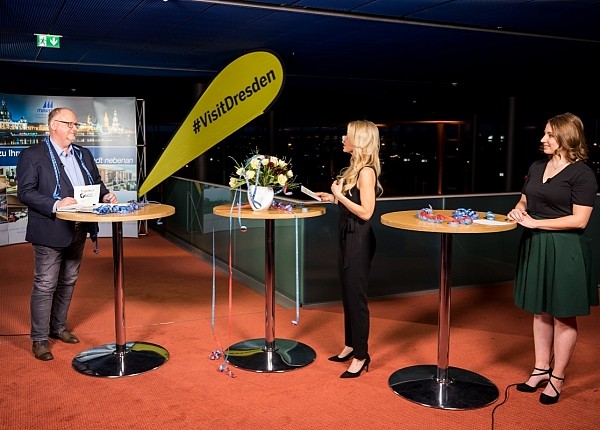