The Majestic Ice Junior team at the AFSC competition in 2017, with Hamish in the centre. / Credits: Steve Aird

One year ago today, Hamish Lewis from Australia was packed and ready to depart for the 2018 World Junior Synchronised Figure Skating championships. A few days before the 2019 edition, here is his story.


With less than 16 hours until his plane was due to take off with the rest of Team Australia, Hamish was knocked off his bicycle by a reckless driver on the way to school and shattered his collarbone.

Due to the complicated nature of the injury, he was prevented from boarding the plane with his teammates and supporting them at his first ISU Junior World Championships. Last minute changes had to be made to the entire programs in England with less than a week until competition day.

While the situation was tough for each and every member of Majestic Ice Junior, they managed to rally together and present two very respectable skates on the world stage.

While watching his team compete at Junior Worlds from the other side of the globe was definitely the hardest thing Hamish had to go through, the next couple of months presented their own challenges. He had to watch from the sidelines as his friends and teammates trained tirelessly and improved their skills ahead of team selection for the 2018/19 season, all the while knowing that he still had a few more months until he could hop back on the ice.

Despite missing the tryouts for Team Unity, the Club’s Senior team, Hamish was given a spot based on the skating skills he had shown in the previous season and he eagerly returned to training as soon as the doctors gave him the all clear.

Hamish on the ice with Team Unity at the 2018 NSW Championships. / Credits: Greg Gurr

After fighting hard all season, Hamish’s dream of representing Australia on the world stage was reignited when Team Unity captured the gold medal at the Australian Figure Skating Championships. Now, as we approach the anniversary of Hamish’s unfortunate incident, he can once again see the finish line in sight and this time he is determined to not let anything stand in the way of his goal. Needless to say, he will probably spend the next few weeks treading very cautiously around cars and driveways.

Extraordinary amounts of dedication and resilience have brought Hamish to this point and in a few short weeks, Hamish’s dream to represent Australia on the world stage will come true in Helsinki, Finland in front of a sold-out audience.

Good luck to Hamish and Team Unity, and all the best for the junior teams preparing to play this week the most important competition of the season. 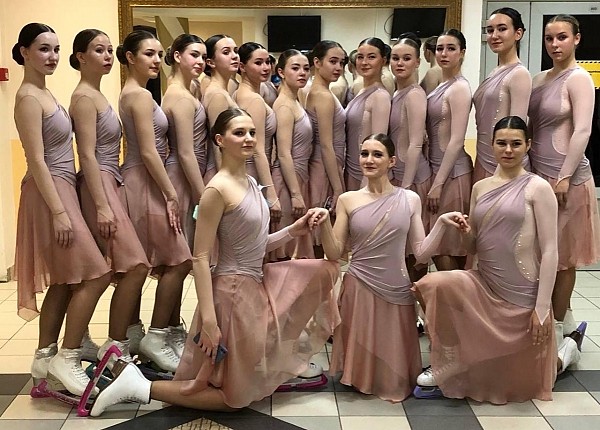