The only Senior ISU team from France, the Zoulous from Lyon will once again be in the spotlight. / Credits: Navaz Sumar Photography

At the beginning of September, the skaters have all made their comeback on the ice and we are already less than a month away from the first French competition. A glance at the program for this 2018/2019 season.

❤️ SUPPORT YOUR FAVORITE SPORT BY SHOWING YOUR APPRECIATION


In less than a month, therefore, the kickoff of the competitions will be launched in France by the Masters in Villard de Lans. From September 27 to 30, the French division 1 teams will compete alongside figure skaters and ice dance. In the juniors, we will meet again the Jeanne D'Arc, the Zazous, the Black Diam's and finally the Chrysalides which will make this season their return in national category 1. Of course, the Zoulous will skate in the senior division.

Then, from December 13 to 16, it will be the championship of France Elite in Vaujany.


Then the François 1er Cup (first round of the French Championship) will arrive in Romorantin the weekend of January 19th. The second round will be played in Lyon at the Confluence Cup on February, 9th and 10th.

Between these two events will take place the most important French competition: The French Cup. The biggest teams will meet each other like every year in Rouen. Book already your first weekend of February for this occasion.


The Junior French Championship (Division 1) will take place from February 22 to 24 at the Viry Châtillon ice rink.

In March, only one competition awaits the teams: the Hauts De France Trophy in Valenciennes (March, 9th and 10th).

The season will come to an end for many teams apart from the Normandy teams who will play the Normandy Championship on April 27 in Louviers.

We can not wait to discover the new programs! 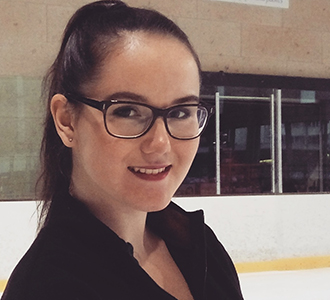