The Marigold Ice Unity once again enchanted the audience and the judges with a creative and surprising program on the theme "Splash". The Finns finished second. / Credits: Tero Wester Photography (Picture: Finnish 1st Qualifiers Competition)

Gold again for Paradise! The successful Russian took the lead once again in the free skate on Saturday. In Shanghai, Team Paradise did the best score and earned more than two hundred points. Marigold Ice Unity remained the silver medalist and Team Surprise took the bronze.


The U.S. Haydenettes were the first team to compete on Saturday. 5th after the short program on Friday, the American dressed in a black and white costume skate to « Nightlife » by Amstrong and « Iron » by Woodkid for the free. The team of Saga Krantz earned a total of 116.18 points for the long program and stayed at the 5th position.

Coached by Andrea Dohany and Magdalena Sivertsson, Team Surprise skated its new free program on the theme of « Nature » (music «Planet Earth»). The Swedish skaters presented amazing transition, good speed and a great start with a creative element. Their performance brought them a great score of 120.01 points.

I am nature. Beautiful, strong, resourceful. I’ve been here for over 4,5 billion years, 22.500 times longer than you. I don’t really need people, but people need me. Your actions will determine your fate, not mine. I will go on. I’m prepared to evolve. Are you? #Iamnature #ichiban #skatesweden 🌏🍃🕊🌱🐢


Placed 3rd after the short programs, Les Suprêmes from Montréal (CAN) arrived on the ice in elegant royal blue dresses with gloves. Their performance was theatrical and the music had many interesting sound effects. They earned 115.20 points for their « La la land » program. It wasn’t enough to stay in the top 3. They finished at the 4th position with a total of 179.53 points, 3.44 points behind Team Surprise from Sweden.

All the Finnish fans were waiting for them… Marigold Ice Unity, also called MIU, impressed the spectators with their free program on the theme of « Splash ». The team plunged the audience into the sea with an incredible performance and creative debut. At the end, the skaters presented a curious formation and acrobatics, never seen in the synchro world. Skating to a medley of Azul by SeaWorld Attraction, Marigold Ice Unity earned 124.59 points for a total of 191 points. They go home with the silver medal.

11 points more for the Russian

Team Paradise also made its debut in international competition this season. The Russian athletes skated to the soundtrack of « Age of Heroes ». Dressed in black and purple, Team Paradise showed a very clean performance with high speed and difficulties. The audience has been able to enjoy for example their precise choreography or their incredible lifts where only two athletes carried the « up skater ». They did 129.07 points on Saturday, for a total of 202.06 points.

Even if this is only the beginning of the season, the performances presented in Shanghai this weekend were already achieved. Teams now have four months to refine their programs before the 2018 World Championships in Sweden. Will a team be able to beat the 200-point mark to beat with the Russians? Everything remains possible.

Watch now how Les Suprêmes from Montréal, Canada have practiced for Shanghai Trophy! Four episodes are waiting for you on our YouTube Channel. 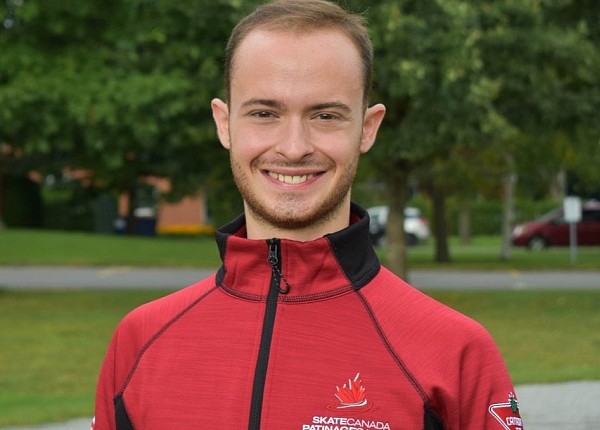