The 2017 French Cup took place the first weekend in February at the L’île Lacroix arena in Rouen, France. The French Cup is known for two main reasons: it offers fierce competition from some of the world’s top teams… and it’s a major party! A wonderful way for teams from all around the world and crowds of fans to spend a weekend dancing, spectating, and competing at the Advanced Novice, Junior, and Senior levels.


At Senior, three former world champion teams captured medals with season-best scores. Paradise (RUS) won the short program with 72.68 points and captured the gold medal with 199.16 points overall. Rockettes (FIN) moved up from third place in the short program to earn the silver medal with a total of 196.98. Team Unique claimed bronze with 193.76 points.

At the Junior level, Team Junost (RUS) won both the short and the long program to earn a total of 158.80 points and the gold medal. Team Fintastic (FIN) took the silver medal with 150.74 and Skyliners (USA) took bronze with 146.44.

Team Junost comments on their win: “The most amazing experience at this competition was hearing the national anthem! This is the first time our team won an international competition. Moreover, French Cup always gives an opportunity to wrestle with the strongest and extraordinarily respected teams from all over the world, that's why we're very proud of our result.”

The French Cup is known for its unmatched atmosphere, with the stands filled almost all weekend long. From the familiar yellow dressing rooms to the network of hallways, by the time you enter the competition rink you can feel the buzz.

Skater Pauline Coupez from Les Zoulous Senior (FRA) felt the energy: “For us, the French Cup is a one of a kind competition. The atmosphere is unique, filled with good performances and good vibes within all the teams. We are quite proud to have this kind of competition atmosphere in our own country! When we stepped on the ice we could feel that we were not alone and that our country was behind us.”

Kiersten Tietz from NEXXICE (CAN) agrees, “The French Cup was, as always, a well-organized event with an incredible audience. It was awesome to see the stands full for the Senior free program competition, and to feel the support of fans from around the world at our first international this season.”

A unique feature of the French Cup is that the stands are filled with students from local schools who come to support the international list of teams. Kayla Patenaude from Crystallettes (USA), describes the experience, “My favorite memory at the French cup was walking into the rink for short official and looking to my left and seeing all the younger kids from school cheering for us and just so happy to be there. The environment in the rink was so uplifting. The crowd was so loud and energetic and the other teams were all so nice. Signing autographs was definitely a surreal feeling. So many little kids asked for our autograph after we skated and it was truly awesome to see their faces light up when you handed them their notebook back!”

Being a figure skater has given me so many opportunities in life and I will never forget this moment and the feelings associated with it. #frenchcup2017 🇺🇸⛸🇫🇷


The French Cup also posted live videos during the competition. OneTeamMVMT was in France to experience all that the French Cup had to offer and cheer on teams of all levels. Lisa Miadovnik, OneTeamMVMT founder, comments, “To me, French Cup is known for 3 things: the beautiful and historic host city of Rouen, the high caliber of skating always present, and the impressive number of engaged audience members. I love that busloads of schoolchildren are brought to the event to watch practices during the week – what a fabulous way to promote the sport and beef up the attendance during the practice sessions! I think it’s brilliant.”

As for promoting the sport of synchronized skating, “It was fun to have skaters, fans, and parents make their own ‘I love synchro because’ signs. It was great to have parents and skaters from different countries get involved with OneTeamMVMT as they created and took photos with their signs together. We would love, in the future, to have an official presence at more ISU events so that we can promote sportsmanship and unity amongst our synchro community even more! We want to help create positive change for our sport, and the signs are just one of the many initiatives we have in the works! Keep an eye out for where our signs will be next!”

Thanks French Cup, see you next year! 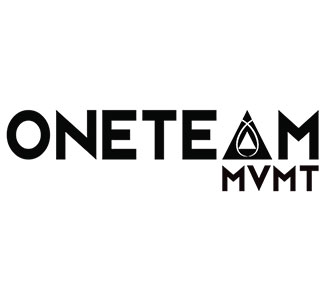 OneTeamMVMT grew out of a desire to see synchronized skating in the Olympics, as a passionate group of world-level synchro alumni asked themselves, « After all that synchronized skating has given us, what can we do to help the future of our sport? » After much thought and consulting, we decided that the first step was to unite the synchro world; it’s time to change the focus from working against each other, to working with each other, because we all have the same dream of seeing synchro in the Olympics. Beyond that, as an organization, we want to pull our resources together to help develop the sport at the grassroots and elite levels, we want to help promote awareness of the sport so that “what is synchro” is a question of the past, and we want to provide some financial support to teams and skaters. Proceeds from our T-shirt sales go directly toward these initiatives, and we look forward to continuing to help the sport of synchronized skating in the future!

"I've always been very proud of my hair, and losing it so suddenly was very hard for me"