On January 13-15, 2017, 100+ teams from across Canada and the United States will compete at Winterfest — the largest synchronized skating competition in the nation.


Thousands of spectators are expected to fill the stands at the Hershey Centre in Mississauga, Ontario this weekend during the annual three-day Winterfest competition. The event will play duel host to the ISU Junior World Synchronized Skating Championships Trials (JWSSCT). On Friday and Saturday evening, three Canadian teams will compete for two spots at the World Championship event, which will also take place at the Hershey Centre from March 10-11, 2017.

We are very proud of our performances this weekend at the Cape Cod Synchro Classic ⛸🏅 We're now ready for our holiday training☃️💪🏼 Next competition: Winterfest, qualifications for the WJSSC🇨🇦


In 2016, Les Suprêmes Junior picked up the ISU JWCC gold medal in Zagreb, Croatia, and will look to defend their title as Team Canada 1 this weekend. Also challenging for top spots are NEXXICE Junior, who earned the Canadian Championship title in 2016, and Les Pirouettes Junior (Laval, Québec) who finished 5th out of 19 teams at the 2016 Mozart Cup.


Winterfest will also see debut’s in the Senior division from NEXXICE, Meraki (Toronto, Ontario) and Nova, the newest Senior team from Brossard, Québec.

In addition to the Junior and Senior field, Juvenile, Pre-Novice, Novice, Intermediate, Open and Adult (I, II, III) teams will also compete at Winterfest.

I competed in seven ISU World Synchronized Skating Championships, earning two world titles and three world silver medal finishes from 2009-2015. Since my retirement from sport, I’ve been actively involved as a core member and supporter of One Team Movement, previously interned with the Canadian Olympic Committee, currently freelance with Gold Medal Plates and work full-time as a marketing coordinator with Splash Effect. I earned a double major in professional writing and communications (H.B.A. with High Distinction) from the University of Toronto Mississauga and Sheridan College in 2015. 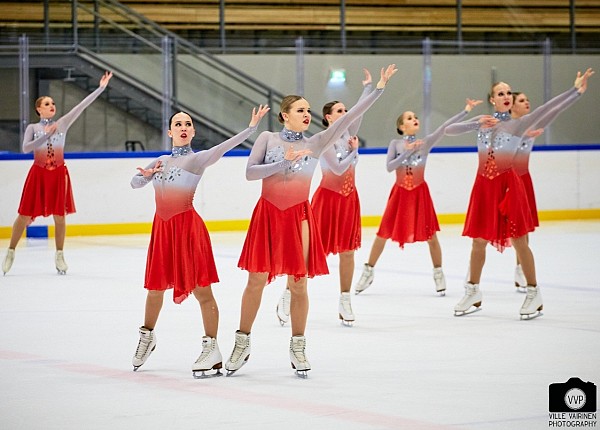