Meraki skates out of the Leaside Skating Club in Toronto, Ontario and has teams in multiple categories.

This season Meraki has 4 teams at the Pre-juvenile, Juvenile, Pre-Novice and Intermediate levels coached by Jen Williams and MK Macdougall.

Throughout the pandemic, the Meraki teams have been enjoying both on ice and off ice practices. The teams were allowed back on the ice in July after a 4-month break because of quarantine rules in Ontario. Both Intermediate and Pre-Novice enjoyed a socially distanced version of choreography camp in late August using sticks to help maintain distance while still being semi-attached to one another.

Meraki continued full team socially distanced practices from August until early October this year.  Then the Ontario Covid-19 guidelines changed and then teams continued practicing with 9 people at a time.

Unfortunately, on November 23rd Toronto was moved back into lockdown which means the teams have gone back to virtual practice. Luckily, they were able to record and compete in the Porter Classic online competition before they were no longer allowed on-ice.

Pre-Juvenile and Intermediate coach MK Macdougall had this to say when asked about how she is feeling about the circumstances of the season so far: “I’ve been looking at this season as an opportunity to reignite my passion for skating. Not being able to attach at skating, has allowed me to create new drills that challenge my team’s individual skating skills. During the lockdown, I have stayed positive by getting outside with my kids and connecting with the team via zoom.”

Intermediate Skater Laura has described staying positive this season as “Even though this season is not in any way ideal, I am happy that I get to spend my last year of synchro with the best people.”

The Intermediate team members are all working hard to balance online school, but also make time in their week to stay fit by completing a weekly fitness plan to maintain strength and flexibility.

The team recently gathered before the Holidays for a socially distanced team Christmas party at an outdoor arena in downtown Toronto for some outdoor skating and gift exchange.

Just as in many other countries, the season for this team is very unknown because many major competitions for Canadian teams have been cancelled, such as Winterfest which is also the ISU World Junior Qualifier.

In regards to the on-ice portion of the season so far, long-time Meraki skater Kerri O’Neill said “With such a different start to the season, I’ve been able to focus on the fundamentals of skating. MK broke down moves step by step in order to have us understand all the components that go into each move. With COVID restrictions, we’ve spent more time on individual skating allowing for me to build upon the fundamentals to overall improve my skills.”

Meraki Intermediate remains positive and optimistic and will continue to make the best of each situation they are in and hope to be back on the ice together again this new year. 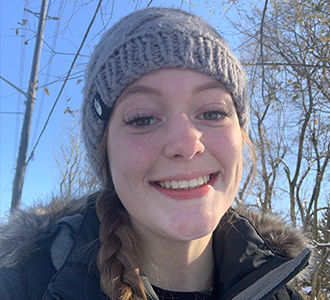 I first started synchro when I was 8 years old and have competed in many different categories, this year I will be entering my Ninth year of synchro and my third year of the intermediate category on Meraki Intermediate based in Leaside, Ontario.  I fell in love with synchro and have been hooked ever since my very first competition and I especially love watching the senior category. I love the world of synchro from the family aspect to the adrenaline rush you get when taking the ice at competition.