Competition
A taste of competition before the French National Championships

Last weekend the French Interligues took place at the skating rink of Dunkerque. It was a good opportunity for synchro teams to officially present their program in competition before the first round of the national championships of France to be held in Romorantin on January 19th. From the Juvenile to Adult category, it was then seven French clubs that were competing and also a Belgian team.

In the Juvenile field, Jeanne D'Arc of Rouen presented a very nice program and earned 22.87 and the first place of the competition. Axelettes of Caen followed very closely (21.21). Skating at home, the Comètes and the Mini Twisters (Compiègne) competed also in this division.

Jeanne D'Arc also got the gold in the Novices B (31.41), already digging a gap of five points with the Axel'ice (Caen). And to finish this podium, the Chrysalides (Valenciennes) who finished the competition in third position (23.96).

May we present to you: part of our adult team, Team Iceclusif ⛸


The weekend was great for the Rouen Olympic Club. Team Jeanne d'Arc won another gold medal in the Senior N2 with a score of 73.77. This is a really great start for this brand new Senior team that skated its long program with determination to "Survivor" music of the film Lara Croft.

And it is to believe that this music brought good luck. With the same soundtrack, Les Salamandres (Le Havre) won the Mixed Age competition (47.96) followed by Comètes (40.96) and Flammes (Wasquehal) who got a total of 35.01.

In the N2 Juniors, the Axelines (58,54) won easily with their program on the theme of the war. The Mozaïks (Louviers) had a non-permitted element and finished with a score of 42.11.


Let's fly now to Bollywood with the Chrysalides (Novices A). The team left us a very good impression and also broke the 50 points for their program! Behind, the Comètes and the Flames (38.98). The Magic Crystals finished in the last position (29.86) on the song "Clown" of Soprano.

These competing teams have a large margin for improvement and promise beautiful things for the future.

Hi everyone, i’m Norma and i’m a synchronized skater since 2006. I’m evolving in the French team Black Diam’s. Most of my teammates told me that i’m very funny and i love that !  I’m also assistant coach with some teams in my club, that’s an opportunity for me to discover a new side of our sport.

Senior Worlds 2020: "We will know more in the next three weeks" 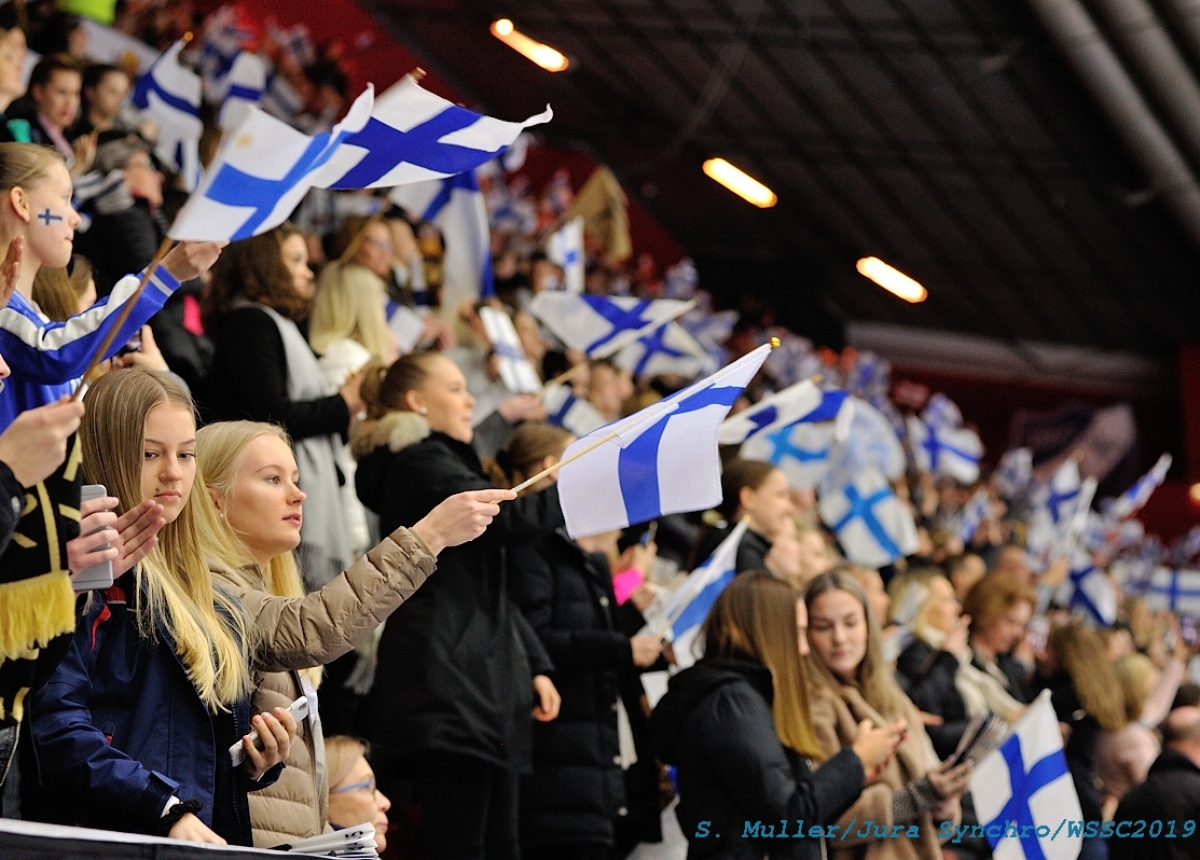