After trying different sports such as horse riding or football, Sarah (up - in the centre) chose to devote herself to skating. (Credits: Skate Synchro Photo)

Sarah Vuoppola, 26, was born in Sweden, Gothenburg. Two and a half years ago, she decided to follow her heart and join the team of her dreams: Helsinki Rockettes. Apart from skating, she studies interior design and works in a theatre cafe in Helsinki. In this first part of the interview, discover her story and what pushed her to change her life!

How did you start skating?

Sarah Vuoppola: When I was little, I had an idol who was a friend of the family. I wanted to do whatever she did, so since she was skating, I had to do that too. Also, my brother played hockey and after his practices, figure skaters went on the ice. I just looked at my mom with my biggest reindeer eyes and said, "Mum ... I want to do that!" So I started skating around the age of 4.

What team did you skate on before the Rockettes?

I started in a club where there was only synchronized skating, at "Ytterby Kungälvs Konståkare". I skated there until I could do one last season in the Novice category. With my team, Team Harmony, we had just won the national championships but I wanted to take on new challenges and try something new. So, with three of my teammates, we started to contact other clubs in Gothenburg for auditions. We met in “Göteborgs Konståkningsklubb Synchro”. I skated in the Junior and Senior teams (Team Convivium and Team Boomerang).

If I compare to Finland, there is a big difference with Sweden on the number of skaters: we have a lot less! So it's more difficult for us to have full teams. It is not uncommon to see some skaters competing in two categories at the same time. For example, I competed in novice and junior (Team Harmony and Team Rhapsody) at the same time and again, doing junior and senior.

When and why did you decide to go to Finland?

For many years my goal was that with my team, Team Boomerang, we were one of the top five teams in the World. But year after year, I felt like we had goals for the team that we couldn't really achieve. Each season always started with new energy for me: I was excited with new goals and new dreams. But somehow I ended up feeling disappointed at the end of the season. I think that's why I started wanting to go elsewhere.

I especially remember how I felt after almost every World Championships I have participated in. It was the free program day, with my team we were still on the ice and the competition was over for us. We hadn't really achieved our goals. I was disappointed. Then we went to the stands to watch the last group. I was divided into my emotions: on the one hand, I was excited to see my idols on the ice, but on the other, I was also angry to be sitting in the stands. I wanted to be on the ice, I wanted to be one of its skaters who skates in the last group at the World Championships. I didn't want to just watch them, but I knew that one day I would get there.

Even though I had this dream for many years, it was difficult for me to pack my bags and leave just because things were not going the way I wanted. I felt like I was betraying my team, choosing an "easy exit". I was captain for many years, in junior but also in senior, which probably made me even more involved in the team. I just couldn't leave, it was so selfish, but I also knew that I probably wouldn't achieve my goals if I stayed...

Why did you choose to go skating for Helsinki Rockettes?

When I started planning what I wanted to do after my last season in Sweden, I thought about different options. I wanted to be part of a team from the best nation. I weighed the pros and cons with the different teams, I knew it would be difficult, especially mentally, for me to leave and start skating in a new team.

For a long time, I skated for the same club and for the same coaches, I was used to participating in the competitions that we did. I knew it would be a challenge for me, especially after being so confident and calm for so many years.

Before deciding, I tried to be realistic and I asked myself several questions like: What is close to where I live? Where would I be most likely to adapt? What kind of personality am I looking for in my coach? What type of skating do I like? What programs do I like to watch? Which team would I be proud to represent?

I came to the conclusion that Helsinki Rockettes would be this team, and although I didn't know her very well, I still decided to give it a try.

How did the auditions go?

Regarding the audition, I had been in contact with Kaisa (note: she is the head coach of the Helsinki Rockettes) for a while before the 2018 World Championships in Stockholm and she told me that she would come and watch the competition. I also sent her videos so that she could spot me more easily on the ice.

A few weeks before our departure for the Worlds, I began to doubt myself. With each practice, I only had negative thoughts going through my head. "Is Kaisa going to like this? Will she let me come to Finland if I do my twizzles like this? Will she think I'm good enough? If I fall during the competition, did I miss my chance?"

During several training sessions, I was obsessed with one thing: "What is Kaisa going to think?" Fortunately, I managed to calm down and focus only on the team and our performances. I think I have never been so calm before a World Championship, even though it was at home!

Also, as I couldn't attend the Rockettes auditions, I was invited to come and train with them for a few days after the Worlds. I was obviously nervous, I knew they were watching everything I did, but I was confident in myself and just tried to do my best.

Support Jura Synchro on Tipeee
You are the first foreign skater on this team, how did you experience this change and your integration in the team?

First, I'm super proud. I never thought it would be possible to skate for a team in Finland. There has always been a rumour, at least in Sweden, that "Finnish teams do not accept foreign skaters". I felt that Finland was the only option I was interested in, so I figured that nothing would go wrong with trying.

Obviously, I was ready for it to be hard, and it was. I didn't understand anything and my teammates had to translate the corrections for me. (Finnish is difficult!) Translation apps are probably the ones I use the most since I moved!

Skating was also very different for me. I entered a new world. I felt like I was starting over. It was exciting but at the same time so scary.

When I first came to Helsinki Rockettes, everything was so new: new coaches, new teammates, a new way of training and all of a sudden I went from super confident to questioning myself every second. I expected a lot from myself, I really wanted to live up to it.

I knew being part of the Rockettes was already something special, but it wasn't enough for me. I always had the ease to learn new things in skating, and I wasn't at all afraid on the ice. Everything changed when I got there: I was now afraid to do the most basic things. It took a while for me to regain my confidence and I tried to work a lot on myself at home.

Sarah with Helsinki Rockettes. (Credits: SynchroPhoto.eu - 2019)
What advice do you have to share to facilitate immigration to a country or to integrate into a new team?

My first advice would be to try to prepare yourself as much as possible before you go. Write a list of everything that needs to be done and do it immediately when you get there. I would also recommend learning the language, it will make your life a little easier!

Then, I think it's also important to stay positive. Of course, everyone has their own experience of going to a new country and a new team. My experience is really good but it was also difficult for me at the beginning. It's different and it can be difficult to find jobs, apartments, to understand the language and I would say you can feel a bit lonely at first as we don't have any family or close friends yet. On the other hand, it's an adventure and if you have the chance to do it, grab it!

To be continued...
Find out more about Sarah's adventures with the Helsinki Rockettes and how the team handles their season with this particular situation in part 2 of the interview! 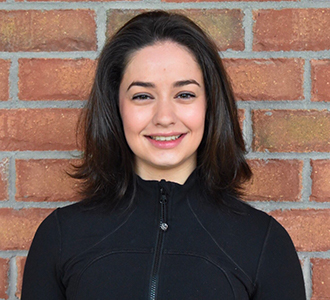 I started synchronized skating at 10 years old and I fell in love with it! In 2013, after having had the chance to represent France, I joined Les Suprêmes Sénior team in Montreal, Canada. I love to chat and meet new people through our sport, and I also started a blog where I tell my story! 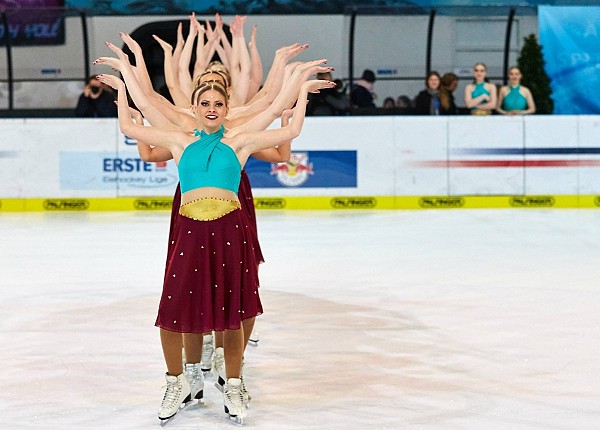 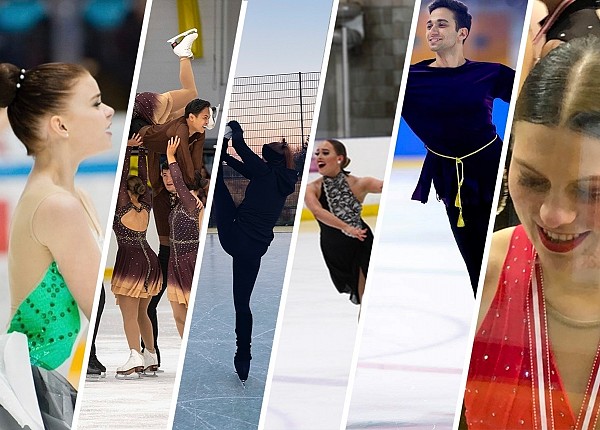